It has been a while since we – the Inexor team – have reported here on Sauerworld regarding the progress of our game. However, we would now like to get you up to date. 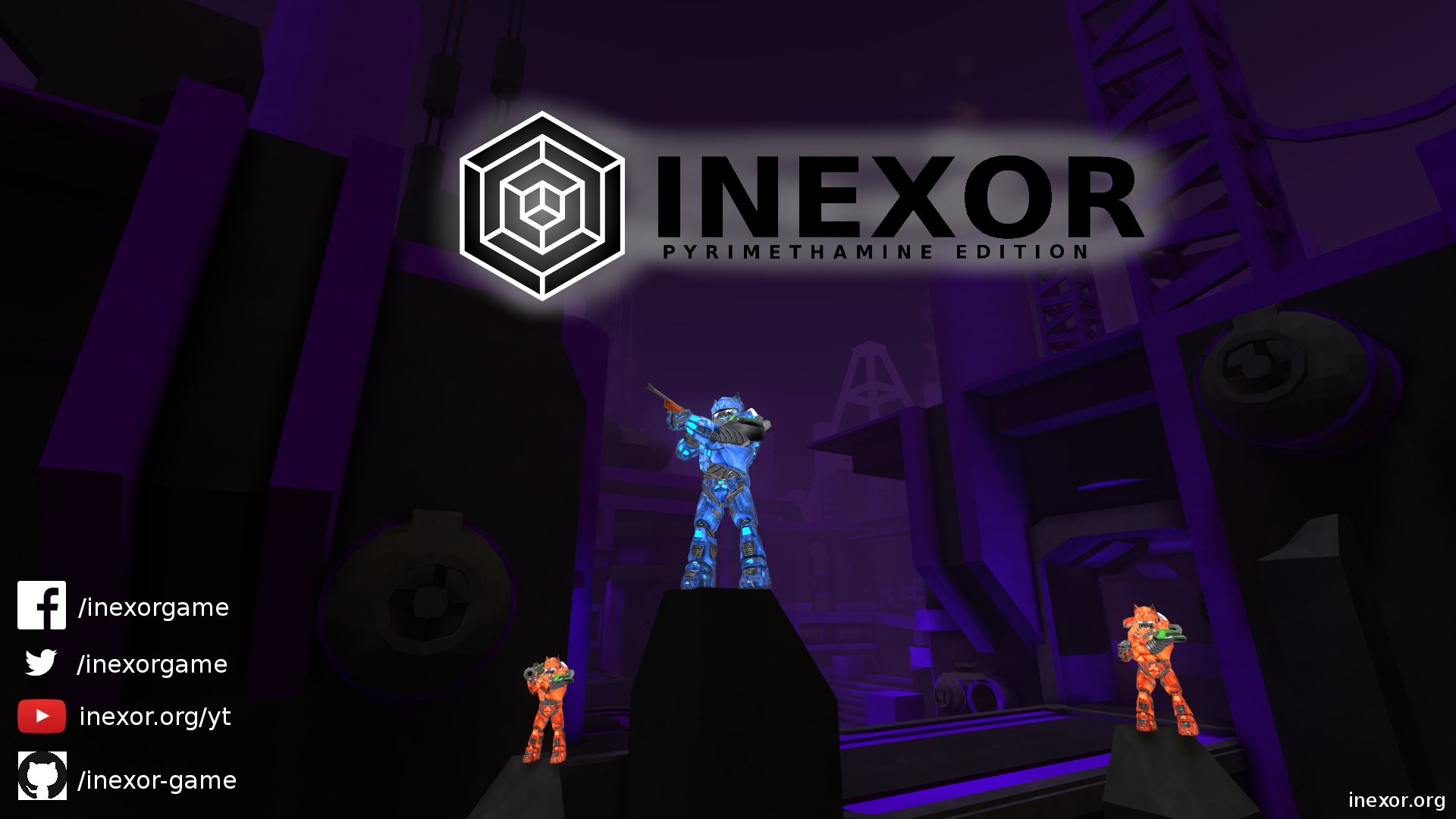 So what has happened?

The Ritalin Edition was from a technical point of view a big step forward. We integrated CEF (Chromium Embedded Framework), which will at a later point render the whole user interface, as well as an UI framework for creating such interfaces. We also restructured many parts of the source code and improved our building system. Moreover, we added a few textures and sounds. There were also a couple of small changes concerning the gameplay: zoomfov is now possible up to 150 and spectators can fly around during intermissions.

In this release we enabled the HUD again, which had been disabled for a while due to performance issues. Speaking of performance issues, we were able to fix the lag caused by explosions as well. This Edition had also a lot of changes concerning the content: We added an intro song (which is being played at the main menu), 5 new crosshairs, 2 hardcoded test servers (you can now test the game with friends without setting up an own server!), new chainsaw sounds (one new sound with many more to come) and the map Legacy. We also updated the maps Cartel and Pandora and fixed many bugs within the content. Last but not least the name of the song is being displayed when the song starts.

Furthermore, we have introduced the concept of additional content, which is content we only include official till we have implemented an ingame downloader (as we explained it in the Inexor FAQ). For the beginning of the additional content we added the maps Laucin, Inexor, Star and Averas.

Also it’s finally possible to play against bots again, since we have fixed the waypoints loading. Also we have merged the latest Sauerbraten SVN version (at this point of time), which brings us multiplayer undo and vslots. Moreover, we removed a lot of old clutter and we have aligned our code base a bit closer to the one of Tesseract. Notable as well: We have changed the default server port to 31415 and the new master port to 31416 (there is currently no master server running).

Since this update you can cycle backwards in the console autocomplete with SHIFT+TAB. In addition to that we added a prefab UI for easy pasting and autocomplete for prefabs, songs aren’t getting interrupted at a map change anymore (except when the map has its own songs) and we added the map Haze as additional content. There are also two new hardcoded servers to play on.

Besides that the update has many code internal changes and development and building improvements. Also we are happy to have killed tons of bugs.

Since you are now up to date, we would like to inform you about a few of our next steps.

One of the latest features we are working on is a so called Version Control System (VCS) for maps.
VCS can be a great feature for pro mappers and beginners alike. It is a tool well known in the programming world to help multiple people working together on a given project. It also has some advantages for single users as it keeps track of all the history of the project and gives the flexibility needed to ease decision making. You can think of a multi-user VCS as an overpowered cloud service (like Dropbox) with the possibility to see where and when changes occurred and who made them. A user can then come back on their decisions multiple times refining their project on the way. If you want to know more about this feature have a look in our wiki.

This may sound a little bit abstract, however, the following video should make it a bit more clear. Please be aware that this is just a very early technical preview showing only the diff tool (a basic tool required for VCS to work).

We are thrilled to announce that our first Inexor Hackathon will take place in Stuttgart, Germany on Saturday, 12th December starting at 12 p.m. (noon, UTC+1) till Sunday 1 p.m.

On Saturday we have a public presentation of our project and the public part of the Hackathon. If you are interested in taking part in the Hackathon you can read all details in our blog.

As always, if there should be any questions, feedback or suggestions you can reach us on the known platforms (IRC: #inexor irc.gamesurge.net, GitHub, Twitter, Facebook & YouTube).